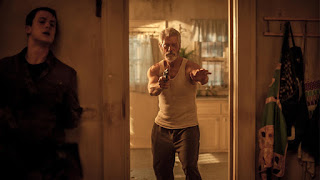 Don't Breathe builds its tension the hard way. Instead of relying solely on jump scares and gore, the film consistently paints itself and its characters into a corner then creatively gets them out of a bad situation while being both unexpected and completely organic. It's a hard high-wire act and one that you'd think a genre director like Fede Alvarez would stumble on. Yet Don't Breathe not only continues the Hitchcockian chamber-piece Renaissance kicked off by Disturbia (2007), it runs away with it. It artfully repackages old-fashioned thrills and kills it with a third act that's ominous but earned. 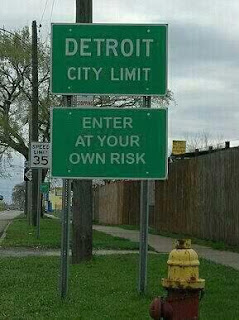 Don't Breathe concerns the exploits of three white-trash miscreants named Rocky (Levy), Alex (Minnette) and Money (Zovatto). They live in post-bankruptcy Detroit, because horror producers find the scene of boarded up houses, blighted streets and deserted neighborhoods far too spooky to pass up. Plus with the average time for emergency response being 41 minutes, the pesky instinct to call the cops is left completely off the table. The trio are banking on this, in addition to Alex's family ties to a security company to rob houses with impunity. With one more score under their belts, Rocky and Money hope to move to California and escape their life of rust-belt entropy. Their target, a blind shut-in (Lang) whose recent court settlement made him a crotchety late-life millionaire. What the would-be thieves don't expect however is for their target to be so resourceful and so deadly.

Anyone familiar with Stephen Lang's filmography would know that the man has a long history of playing the grizzled tough guy and Don't Breathe's unnamed Blind Man is no exception. Despite having a little over ten lines and spending a large portion of the film wondering with arms out, he dominates the frame with muted bellicose. He's scary not only because he's a brutal close-range brawler but because his disability reminds us that he's still human. A human whose life has descended into a Nietzschean perversion - "Man can do anything, once he knows there is no God," he says in a moment of well-earned shock and disgust. 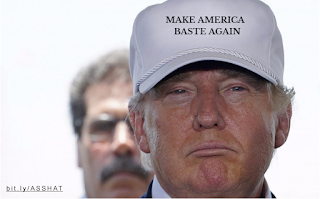 When his humanity is questioned, in a second act reveal that steadily raises the stakes, our sympathies then ricochets back to our trio. Up until this point, were given the average wafer-thin backstories girdled with teenage neglect, alpha-male shows of dominance and unrequited love. Yet as the Blind Man becomes more invested in their demise and their routes for escape become limited, we as the audience feel for our teenage lambs; if for no other reason than we're right there with them. 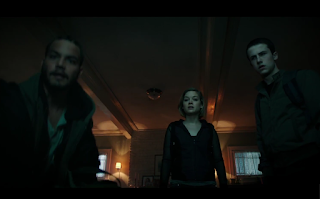 I won't go as far as to say, the characters have become fully formed by the time the credits roll, but I do admire their resourcefulness throughout. They deal with the claustrophobia of their plight with sharper and sharper fight or flight instincts complimented with masterful cinematography by Pedro Luque. His camerawork allows the audience to truly immerse themselves in the space, keeping us glued to not only the characters but what their seeing...and more importantly what they're not seeing.

If there's a spiritual grandfather to Don't Breathe it's almost certainly Alfred Hitchcock's Rope (1948). Not only is the cinematography eerily similar but so are the themes which parities feeling of superiority (in this case moral not intellectual) with the banality of evil. 10 Cloverfield Lane (2016) may have been this year's torchbearer for the old master's brand of suspense thus far this year but I'm going to go ahead and say its reign has been short-lived. Don't Breathe - don't miss.